We are a wholesale countertop manufacturer specializing in Custom Square Edge Laminate, Postform and Solid Surface Countertops.  With an experienced and knowledgeable crew, we are confident that you will be happy you chose a Shad’s top!

We’re always committed to helping our dealers finish their projects on time and under budget, but we’re equally as committed to our local community. We feel that it’s not only important for local businesses to donate money to local causes, but to donate their time as well.

We wouldn’t be where we are today without our community, and always want to give back to those who have given us so much.

Examples Of Our Work

We Deliver and Install 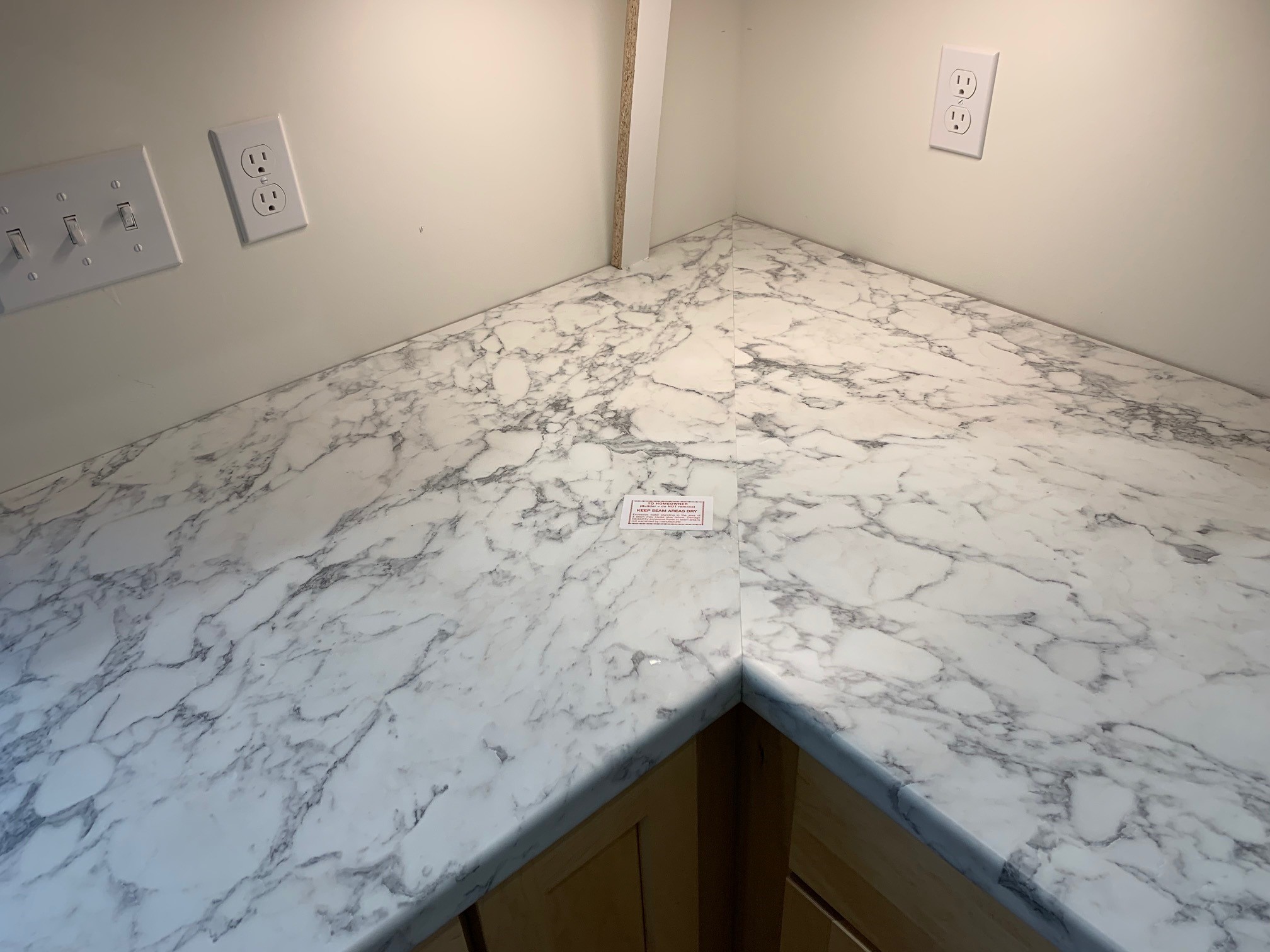 We Hire The Best People Was born in Derry NH and graduated from Windham High School in 1989. Shad joined the United States Army January 15, 1991 as an Armored Crewman. After returning from Active Duty and joining the Army Reserve Shad focused on building his countertop business which he started in March of 1997. In 1999, the business had grown enough that Shad began hiring employees and moved the shop to Windham. By 2003, Shad had purchased his own building in order to have the space to keep up with his growing business. After two expansions at our current location on Collins Pond Road in Windham, Shad’s has come a long way from a one-man shop!

Shad has a CDL with school bus endorsement and spends a lot of his spare time volunteering, coaching and driving in the community. So much so, that in 2014 he was recognized by the Town Council as Gray’s Volunteer of the Year and his wife, Lorri received the same honor in 2019!

Shad, his wife Lorri and their son Jake enjoy skiing/snowmobiling in the winter and running, biking, water skiing and boating in the summer and hanging with family and friends.

Primarily a Custom Square Edge fabricator, but you’ll find Steve in any department that needs a hand. His attention to detail, excellent craftsmanship and dedication have made him a great asset to our team for over 20 years. Ryan Bean has been with Shad’s for over 15 years now. He is an excellent installer and now our lead Solid Surface fabricator. Ryan treats every job as if it was for his own house. “Bean” is another integral part to our Shad’s team! 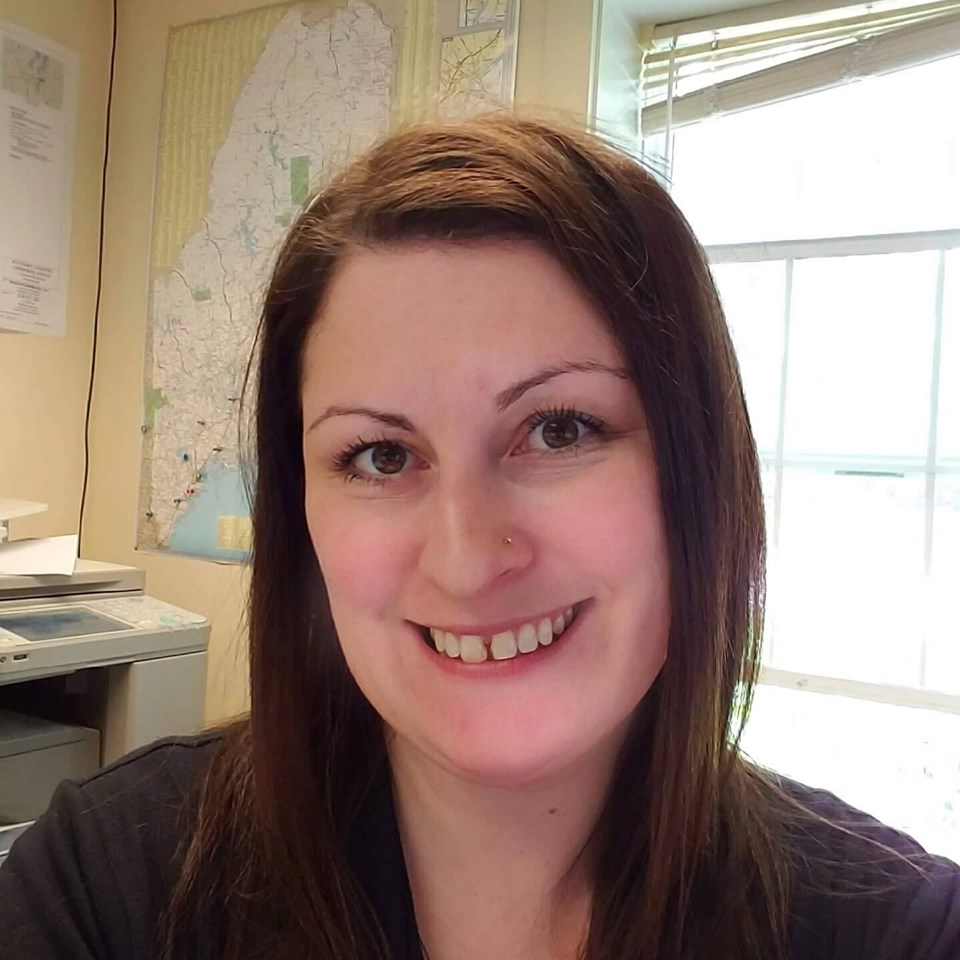 Tarsha joined the Shad’s family in late 2007 as our Office Manager.  She now plays an important role in the everyday workings of the office and shop. Tarsha’s background includes a Bachelor’s Degree from the University of Southern Maine and four years combined experience prior to Shad’s in wholesale countertops sales and kitchen design support. Tem brought over 20 years of countertop fabrication experience to the Shad’s team when he joined us in 2011.  Tem’s extensive background, together with his attention to detail, help ensure a quality Shad’s countertop every time!  In 2017 we incorporated the integration of Karran sinks in laminate tops into our product offerings.  We are proud at how quickly Tem learned the extensive process and he has done top notch work on hundreds of integrated sinks since then! Rob Bridge came to Shad’s over 7 years ago with 18 years countertop fabrication experience. He is now our Lead Postform Cutter responsible for hundreds of tops each month! 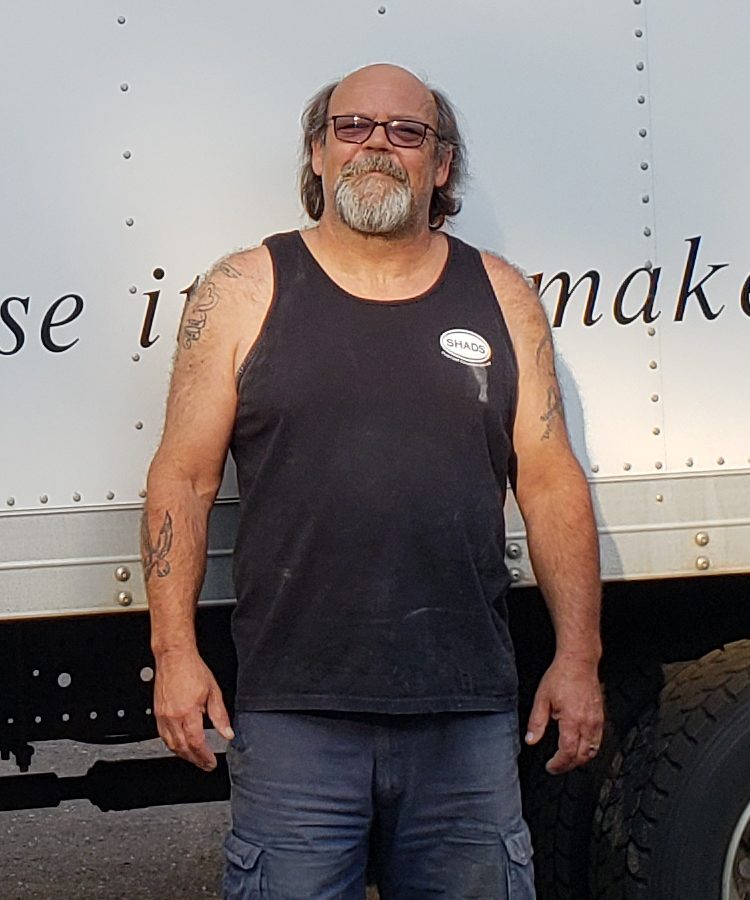 Mark Cable is an Air Force Veteran and Dart Enthusiast. Mark is responsible for delivering our products to our retailers. Mark joined Shad’s in 2014 and we’ve been glad to have him! Andrew Cable’s service with the Iowa Army National Guard has made our newest full-time Shad’s team member (here over 4 years) a hardworking addition.  Andrew is learning many different aspects of fabrication, as well as assisting on installs. Lee has been with Shad’s since 2011.  Lee’s positive attitude and team player mentality makes him greatly appreciated both by customers and employees alike.  He’s worn many hats at Shad’s over the years and is now our Lead Templater.

We Love Our People

Grow and Help Our Community Blog,Community,News
Meet the Owner
Shad Hall, President and Owner, learned the trade early on from his Dad while working with him after school, weekends and summers. A few years…
Read Article